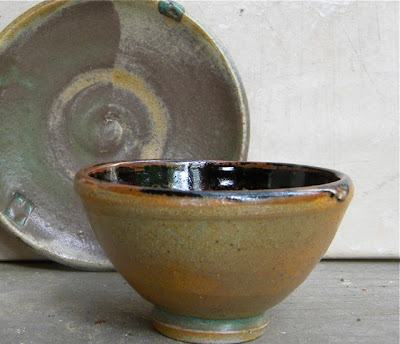 As promised here are some photos of the ^6 redux I did with Barbara McKenzie this week. We had some good results and some bad results. I put almost no effort into the glazing, dipping most everything into the bucket of carbon trap shino, which was a bit thick, so most of my stuff was white and I won't bore you with all of that. The large bowls were spoiled by a swipe of the peacock glaze that blistered, so they all go into the trash. Barbara, on the other hand, spent 14 hours glazing, and she had some lovely pieces. I photographed mostly her stuff, since it was less white and more informative. Like I said before, I am not a glazer, and not much of a maker of functional work, but this firing was interesting and I learned a lot and there are lots of possibilities for future work. These first two pieces are mine. They are glazed in Pete's weathered bronze, thin application,the inside is Mark's Temmoku, both very good at ^6 redux and the clay is Star white from Starworks in Seagrove. This is a sweet bowl, my favorite piece I think. The kiln over fired, thanks to a pyrometer that wasn't working properly and only one cone pack that is visible in the door, so this firing was more towards the ^7-8 than six. Clay bodies we used included Highwater Raku, Brownstone, Desert Buff and Starworks Star white, all ^6 clays. The desert buff bloated but the other clays held up fine even with the over firing. 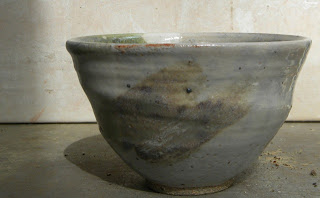 Shino and one of the glazes Barbara developed at Heywood Community College that she calls Biscayne. 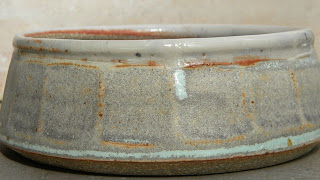 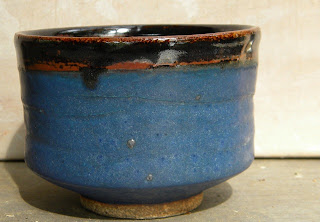 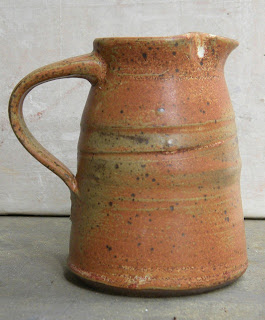 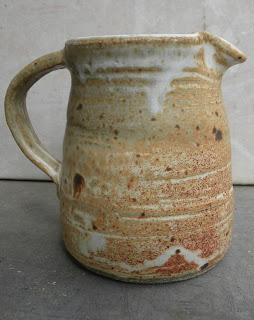 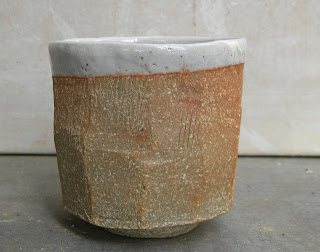 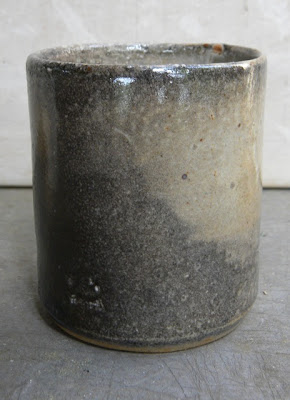 This was one of the few of my cups that wasn't white, love this cup!
Malcolms Red shino, Starwhite clay 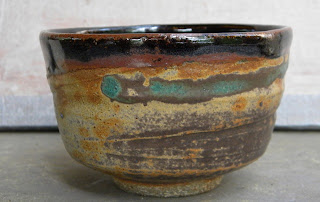 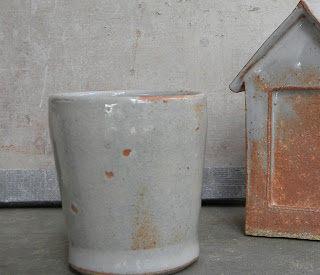 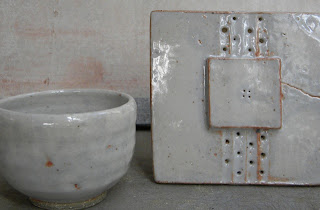 See? Everything is white, but I like it, just touches of rust here and there, nice... 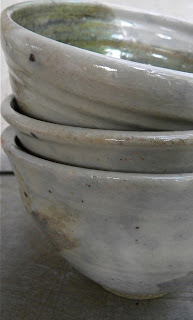 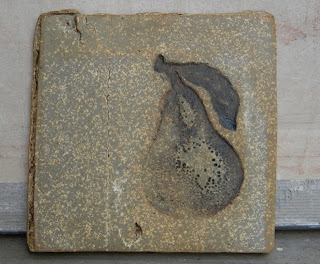 This was a test tile. It had white terra sig and the pear was avocado terra sig. It mostly burned off and left this toasty color. 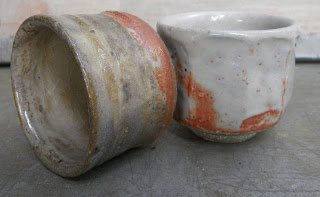 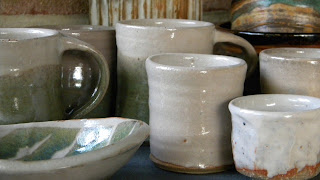 So, there ya go. I have lots more photos, will try and sort it all out and get some more posted. All in all, I am very pleased with the results, considering it was all unknown and I am doing five other things at once and had very little mind space to give to this firing. As far as a color palette goes for me, I think I would like to use the spodumene and the weathered bronze with my terra sigilata work. They have a nice matte rustic feel to them and would lend themselves nicely to bowls and pitchers and tiles. Forget cups and mugs, I am just not interested....
If you want any of the recipes, you can easily google them, they are all pretty common studio glazes and easy to find. If you can't find them, I will be happy to send them but it will be a while before I get back to you, I have a crazy few weeks coming up. I can't share the Heywood shino and the Biscayne, because they are Barbara's personal glazes and I would have to ask her.
Hope this has some interest for you, a big change of pace from what I have been doing, but the learning process never ends for me and this was a great exercise.
at May 19, 2012

You've got some REALLY nice pieces in that kiln load, Tracey.

Hey there! Yeah, there were some great pieces considering we didn't really know what any of these glazes would do. I didn't bother photographing the bloated pieces, too scary, haha!

I like the first bowl. The form is really nice and the weathered bronze worked well for you.

I like the white, I can live better with that than blah skin colored shino that results from not enough reduction... I've had too much of that in the past!

Shino on STARwhite isn't a great combination, so you probably wouldn't have been happy at all if the shino wasn't thick. It fires very light orange and with out a lot of depth to it (at least my recipe does).

Your spodumene pieces look great too. I've always been fond of spodumene.

The soda ash and shino cup is my favorite, probably because it does have that wood fired feel. I might play around with that myself.

I especially love that bronzie foot on the top bowl. And super yummy Malcom!! Nice!

Hey all, thanks, but I'm just not feeling the redux functional thing!

Do you have a record of the firing schedule for this load? Gorgeous.