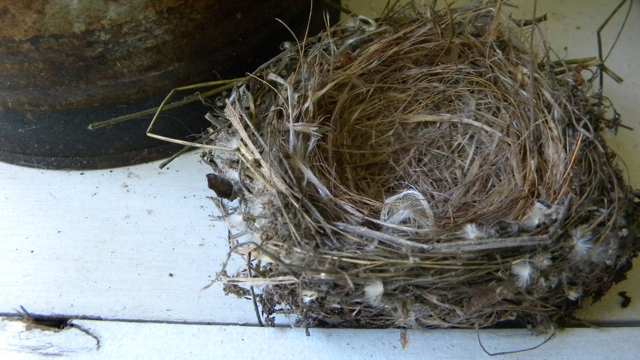 The Lowrenzo family is back! All five of them have been hanging out on the deck. The littlest one that I fed has such a distinctive little peep, I know it's her. That little bird has become a metaphor in many conversations Wesley and I have. 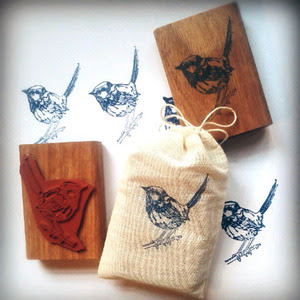 I found this great stamp on Etsy. I think I have to have it. I hate to put a bird on my pottery, since it is such a cliche and just about everybody out there puts a bird on something, but its a WREN! It also occurred to me that I was raised in South Carolina and the state bird is a wren. We have a past.....

Right now my brain is all over the place. I have tried many times to sit down and write a blog post to get some of the flotsam out of there, but Judi Tavill beat me to it. She has a post today that says exactly what has been going around in my head. Rather than be redundant and repeat what Judi says so well, I suggest going over to her blog for a read. I think we can all relate!

yeah, lowrenzo family! They know where the care is more than good. Any pics to post of them? Love your honesty. Onto sending you an email...

Thanks for commiserating!!! I came back around to continuing my relationship with Clay todah... Fell back in love only to have tge bottom blow out of a massive piece I pulled out of the bisque fire tonight... Can't help wondering if this is just the nature of the beast and stick with it OR is this a litlle BIRDIE trying to tell me to jump ship!!, Seriously considering consulting with a psychic.

Could you please share the etsy shop that has the wren stamp? I tried a search on etsy, but couldn't find it.