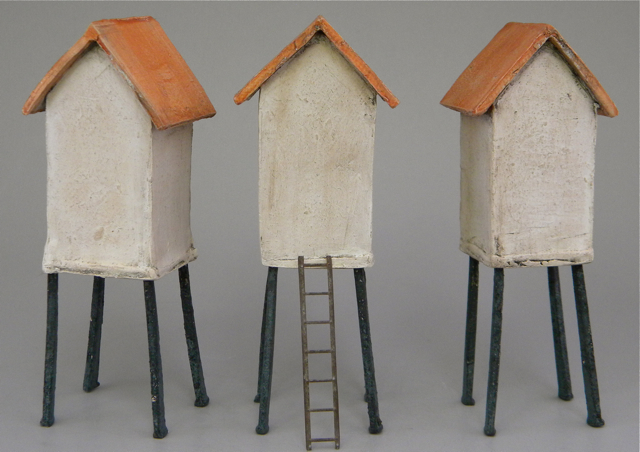 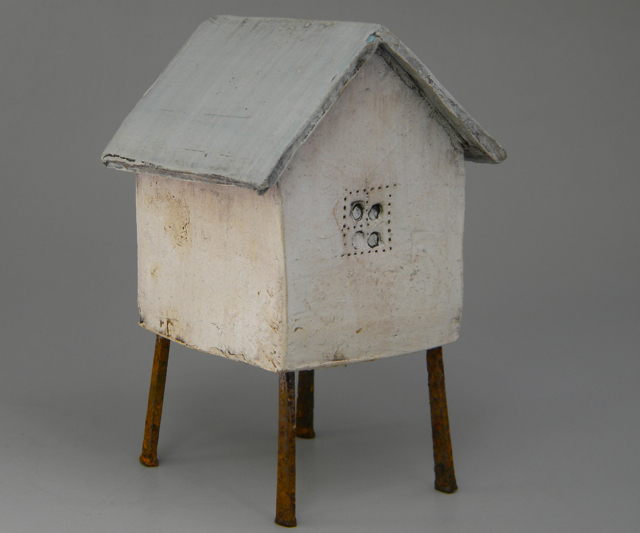 These little houses remind me of the ones you see along the East Coast. I grew up around these stilt houses, no wonder they are creeping into my work. If you live anywhere near the Atlantic ocean chances are you and your family have stayed in a beach house that you had to walk up five thousand steps to enter. They're fun to stay in though, when the wind is blowing in hard off the ocean, they sway back and forth and sort of rock you to sleep. I have a box full of rusty nails that I found at the old barn I helped tear down, so I can make plenty of these. The ones in the first photo were fired in the kiln with the nails already attached. The one in the second photo had them attached later. I bought a box of greas of some sort at an antique shop and the little metal ladder was in there. No idea what it really is, but now it is a perfect ladder! The kiln burned off the rust and turned the nails black, which I like, but I also love the rust. Maybe some of each.... it's not as easy as you would think to get these nails in so that the things don't wobble. Every day, problem solving...... sigh..... 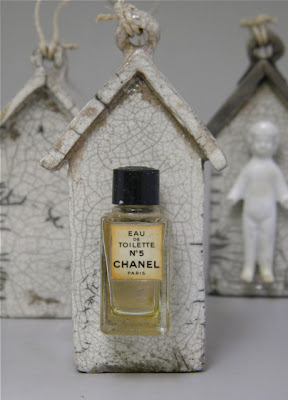 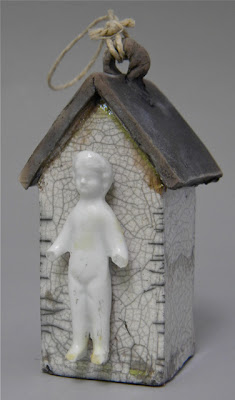 Proper photos of the raku barns. LOVE them!
They are a lot of work and at $40, to me they are a bargain! We'll see if anyone else thinks so, ha!
Pricing and packing for Festifall on Sunday. 40% chance of rain, ick. If it rains, this is the last outdoor show I will ever do! I swear!
at October 04, 2012

I love the houses on nails.
So far, I've dodged the outdoor shows. I know I'd jinx the weather if I show up.

The other nice thing about the houses on stilts is the view. It seems they all have a porch or deck so you can watch the birds and the waves.

the beach houses remind me of a sort of a long legged seabird! very graceful.
I looked at the weather channel this morning and Saturday they say 0 chance of rain for Seagrove, I hope it's the same for you! Have a great show.

Yea, calling for a bit of rain down here too. But at least my show provides big tents so I won't have to wrestle with mine. AND fiber people come out no matter WHAT the weather.

These are SO GREAT!

tracey, are the beach houses for sale? where???

These are all so perfect!
That little 'ladder' was meant to be for you, it's now home.

Yes! Love the beach houses. They look like the lifeguard stations on the beaches around here. VERY NICE!